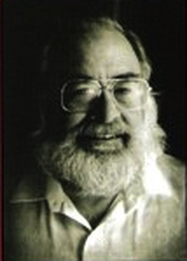 Athol Gill was born in Wauchope, NSW, on 5th September 1937.  On 25th April 1959 he married Judith Prior.  In 1960 he enrolled to become a Baptist minister studying at the Baptist Theological College of NSW.  A strong call to higher studies took him to London where he obtained his BD (Hons) and later to Zurich where he attained his Masters and a Doctorate of Theology.

Athol lectured in Biblical Studies in both Baptist and Methodist Theological Colleges in Brisbane, moved to Melbourne in 1974 to become Dean of Whitley College, then in 1979 was appointed Professor of New Testament where he continued until his death.

He was widely respected for his academic work but also for his remarkable commitment to living the faith he taught.  Athol lived, with his family, in Christian Community for nearly all his adult life - in Brisbane at the House of Freedom, and for his last seventeen years as founding leader of the House of the Gentle Bunyip linked with the Clifton Hill Baptist Church, which later became known as the Community Church of St Mark.

The House of the Gentle Bunyip came into being in 1975 during the Anzac Day weekend when Athol was teaching on "Discipleship" from the Gospel of St Mark.  He announced he was commencing a Christian community to explore and expound the meaning of discipleship.   35 people, mainly young and single, agreed to join him.  Athol was a provocative advocate for the poor and for social justice.  He campaigned relentlessly for the Church to reflect the teachings of Jesus and for a peaceful and just society.  This was evident in his simple lifestyle and through his practical engagement in mission with the poor and marginalised.

Honoured in Australia and internationally as a brilliant theologian, teacher and author, Athol is also remembered for his love of sport, especially for the Carlton Football Club, his unique sense of humour and his warm humanity.  He died suddenly on 9th March 1992.